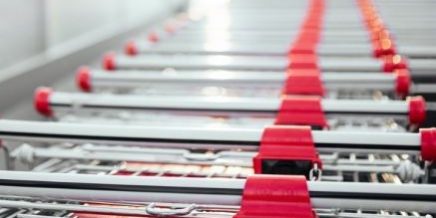 We often say that an employer will be entitled to dismiss an employee without notice if the employee is guilty of gross misconduct. That phrase suggests some sort of deliberate wrongdoing on the employee’s part but in Adesokan v Sainsbury’s Supermarkets Ltd the issue was whether it could also include negligence. Mr Adesokan was a Regional Manager who was responsible for a number of individual stores. The employer was conducting an employee engagement exercise that involved a number of those stores, in which the views of individual employees were being sought about their working environment and relationships with colleagues and management. Unfortunately, one of the HR business partners wrote a wholly inappropriate email to some of the store managers seeking to interfere with the process by focusing on persuading the ‘most enthusiastic colleagues’ to respond to the survey.

Sainsbury’s took the situation extremely seriously and Mr Adesokan was, following a disciplinary hearing, dismissed without notice. Sainsbury’s concluded that he was guilty of gross misconduct because he aware of the attempt to manipulate the process and failed to take any adequate steps to rectify the situation.

Mr Adesokan brought a case in the civil courts alleging wrongful dismissal. However, the Court of Appeal upheld the High Court’s finding that Sainsbury’s were entitled to dismiss him without notice. The High Court judge had found that Mr Adesokan was in serious dereliction of his duty to his employer to ensure that the employee engagement exercise was properly carried out. The Court of Appeal rejected an argument that a single act of negligent wrongdoing on the part of a senior employee with long and unblemished service was not sufficiently serious to be labeled ‘gross’. Nor was the concept of gross misconduct limited to cases of dishonesty or intentional wrongdoing. The focus was on damage to the relationship between the parties. The judge was entitled to find that Mr Adesokan’s negligence was so ‘serious and weighty’ that it had the effect of undermining the trust and confidence at the heart of the employment relationship. It followed that Sainsbury’s were entitled to dismiss him without notice for gross misconduct.